Denver:
-Ron Leary (LG) is QUESTIONABLE with a knee injury

Breakdown:
When Seattle has the ball:
The Seahawks were a middle of the road offense last year after ranking 17th in PFF rankings and 13th in Football Outsiders rankings.

Seattle looked to help their running game by drafting Rashaad Penny in the first round. He’ll team up with Chris Carson in the backfield, but they’ll be unfortunately running behind one of the worst offensive lines in the game. It literally can’t get worse for the Seattle running game – all but 1 of their touchdowns last year was scored by the freaking quarterback. 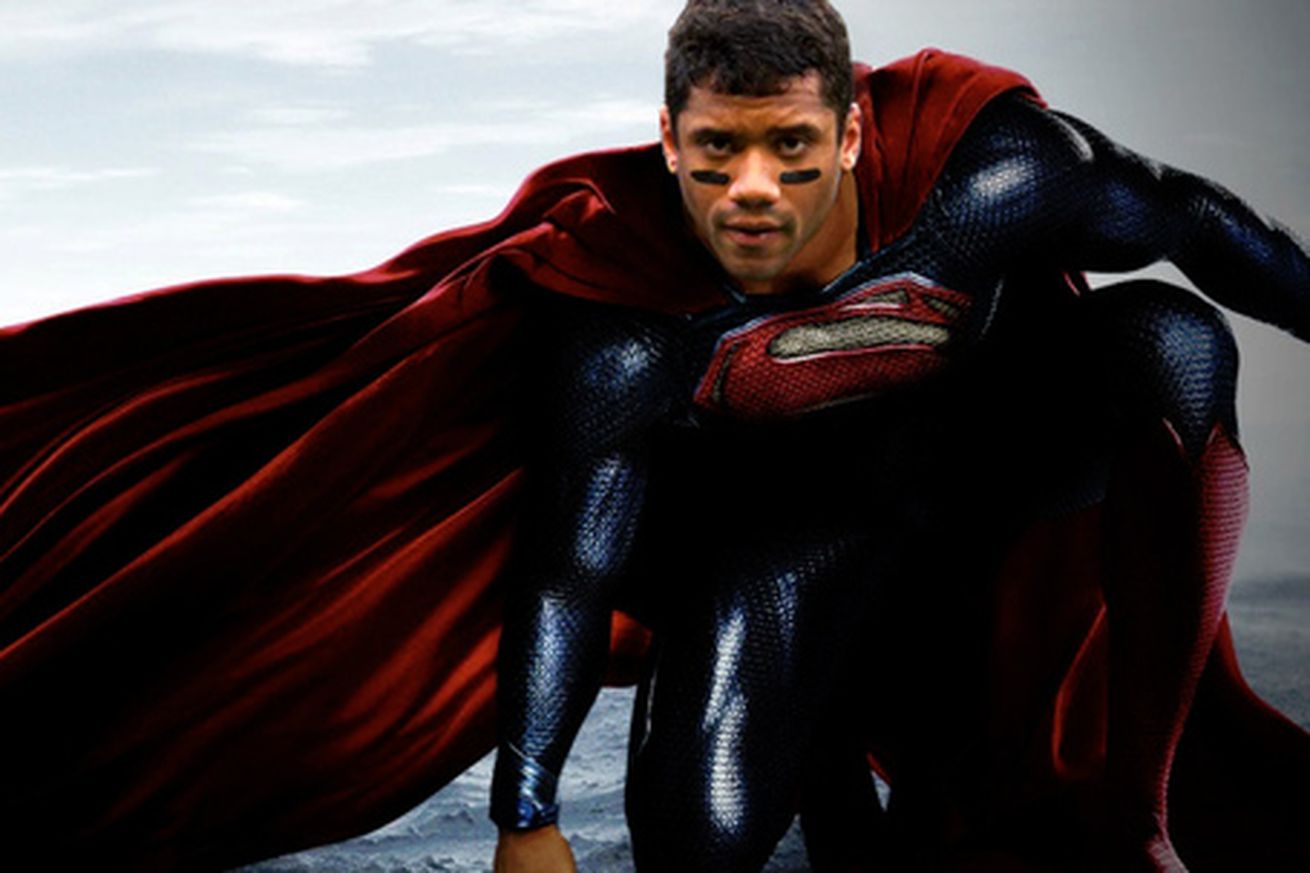 I figured I’d throw a picture in there to let you take that in.

The good news for the Seahawks is when things are THAT bad, that usually means positive regression is coming. You’d probably think their running game was pretty horrid in the red zone, and you’d be right. The Seahawks had 43 carries for 46 freakin yards, which is bad – but 29 of those yards came from Russell Wilson or Tyler Lockett. So yeah, the Seattle running game had 17 yards on 34 rushing carries. They carried the ball 20 times inside the 10 FOR NEGATIVE THREE YARDS. Yes, negative. As in less than zero. What. The. Fuck. The point is redzone stats are seriously prone to regression, so even without the addition of Penny we’d expect some improvement. These are the things that casual bettors aren’t considering.

As for the passing game, they were 12th in FO’s rankings and 10th in PFF’s rankings. As mentioned, they lost TE Jimmy Graham to the Packers and WR Paul Richardson to the Redskins. They added meh WR Jaron Brown, and a few blocking tight ends (Will Dissly and Ed Dickson). All in all, I’m expecting the loss of personnel and positive regression to more or less cancel each other out for another not terrible, but painfully mediocre offense.

Denver defense:
We knew going into 2017 that the Broncos were going to take a step back – they lost Demarcus Ware, Malik Jackson, T.J. Ward, Danny Trevathan, and Sylvester Williams. They were so dominate in 2016 that they were still able to be about the 10th best defense in the league despite missing all those players. This year they traded CB Aqib Talib to the Rams, but spent a ton of draft capital on defense: they took DE Bradley Cubb 5th overall, CB Isaac Yiadom in the third round,  and LB Josey Jewell in the fourth. The realistic projection here is they’ll be about the same as they were last year: not quite elite, but well above average.

Up front the Broncos are fairly spectacular. Von Miller returns as one of the best pass rushers in the game. That’s huge for Bradley Chubb as he can play second fiddle to Miller while he adapts to NFL play. Outside of that, DT Derek Wolfe is healthy again, he pairs well with Domata Peko to stop the run (DEN was 3rd in DVOA vs the run last year). Brandon Marshall is also a serviceable linebacker against the run, but does struggle in coverage. I expect this team to generate pressure and plug in the running holes along the interior.

The secondary is another question after losing Talib. They return Chris Harris, who is one of the better slot corners in the game. Bradley Roby simply raises one spot on the depth chart this year, but he was only mediocre last year. Their third starting cornerback is Tramaine Brock, who was barely active for the Vikings last year. I’m not thrilled about the safety play either. This defensive backfield used to be called the “no fly zone.” Those days are long gone.

TL;DR Conclusion: This is a sneaky even matchup with a slight advantage to the Broncos. The Broncos are strong up front, but weak in the secondary. The Seahawks are not a great offense, but they’re better than people think because of serious positive regression in the running game as well as a strong QB.

When Denver has the ball:
There is no sugar coating it (not that I’d do that anyway): the Broncos offense sucked last year. Their QB play was horrid, so they went out and signed Case Keenum. They also lost RB CJ Anderson but drafted Royce Freeman out of Oregon in the third round. They also drafted WR Courtland Sutton.

So what’s the realistic projection for their offense? Do we expect them to raise all the way below average? They have a long way to go before they are even considered mediocre. Let’s talk Keenum, since clearly things ride or die with him. Keenum had a career year in 2017. The Vikings were so thrilled about it that they decided to pay Kirk god damn Cousins 80 million dollars while Keenum got 36 mil over 2 years from Denver. Keenum benefited greatly from having two of the best receivers in the league last year and contested catch rate (Diggs and Theiland), as well as the Vikings specifically game planning short yardage throws (Keenum’s aDOT was 23rd last year out of 29 qualifying QBs). Keenum is a 30 year old QB coming off a career year. What’s to say he doesn’t fall back to his pre 2017 self (or closer to those levels)? Rookie RBs often need time to get used to NFL paced games. Though there will be improvement, this is still an offense that leaves a lot to be desired.

Yikes. That’s a lot of names. FS Earl Thomas was almost added to that list, but luckily for the Seahawks Thomas ended his hold out. Ok, I have more names for you:

Here is who they’ve added since 2015: DE Frank Clark (2nd round/2015), DT  Jarran Reed (2nd round/2016), DT Nazair Jones (3rd round/2017), CB Shaquill Griffin (3rd round/2017), LB Shaquem Griffen. This year they added DE RasheemGreen in the 3rd round and one handed phenom Shaquem Griffen in the 5th, both of whom project to play big roles to start the year. The point is this: yes, the Seahawks lost a lot of players. That’s what most making bets right now are focusing on, but what people aren’t realizing is the Seahawks have been building for this for some time and have talent on defense. I think this defense ends up being in the told half of the league, and that’s much better then the betting market likely thinks.

TL:DR Conclusion: In my mind, the public is likely thinking too much of the addition of Keenum as well as the losses that the Seahawks have. It makes total sense that the model picked this game, and I’m happy to bet it.

That’s it for now, bitches. Read my other stuff: