Key injuries:
Tennessee Titans:
-TE Delanie Walker was placed on IR with a dislocated ankle (I don’t get how that’s possible. Best of luck, Delanie).
-QB Marcus Mariota was taken out of the game with a hand injury. He threw at practice Wednesday (9/12), and the Titans confirmed he should be good to go Sunday baring any setbacks.
-LT Taylor Lewan was removed form last game after suffering a concussion. He did not practice on Wednesday (9/12).
-CB Adoree’ Jackson suffered a shoulder injury last game.
-WR Corey Davis (hamstring) was limited in practice on Wednesday (9/12).

Houston Texans:
-WR Will Fuller was inactive week 1 with a hamstring injury. He was limited in practice on (9/12).
-WR DeAndre Hopkins (foot) was limited in practice on (9/12).
-RT Seantrel Henderson left last weeks game with an ankle injury and has been placed on IR.
-CB Kevin Johnson suffered a concussion during last weeks game. He has since been placed on IR.

Breakdown:
When Tennessee has the ball:
Tennessee has had some bad injury luck on offense. Marcus Mariota was taken out of the game last week with a hand injury. HC Mike Vrabel confirmed that Mariota sohuld be good to go baring any setbacks, so it appears the Titans avoided major damage to their quarterback. Along the line, LT Taylor Lewan is concussed, and RT Jack Conklin is still not ready to come back yet (ACL). They also lost Delanie Walker for the year after a brutal ankle injury. Behind Walker is 2nd year Jonnu Smith. The Titans took Smith in the 3rd round of the 2017 draft.

The realistic projections going into the season was this is a middle of the pact offense. They should have a solid line anchored by their two tackles as well as an above average run game (Derick Henry/Dion Lewis). Marcus Mariota is a serviceable NFL QB and has some ok weapons to work with. With the injuries, we have to back off that projection a bit and consider them just inside the top 20.

Houston defense:
The Texans got back JJ Watt  to start the year – maybe you’ve heard of him – from a pretty brutal left tibial plateau fracture injury that he suffered last year. They’ll also get Whitney Mercilus back. Having Clowney, Mercilus, and Watt together should eventually lead a very strong pass rushing unit, but there were concerns coming into the year with Watt and Mercilus coming off injury. Last week in New England they recorded 9 pressures and 3 sacks – not a bad start. They’ll get better as the year goes on.

In the secondary, the Texans do not have great corners. To make matters worse, Kevin Johnson was just placed on IR with a concussion.  This defense will succeed if they can get to the QB before he can find an open receiver. This will be an ongoing battle with the Texans all year.

TL;DR Conclusion: It’s definitely a little scary to see the Titans missing both of their tackles against the Texans front. The bright spot is Marcus Mariota does get the ball out quickly, and that can help mitigate their offensive line issues. 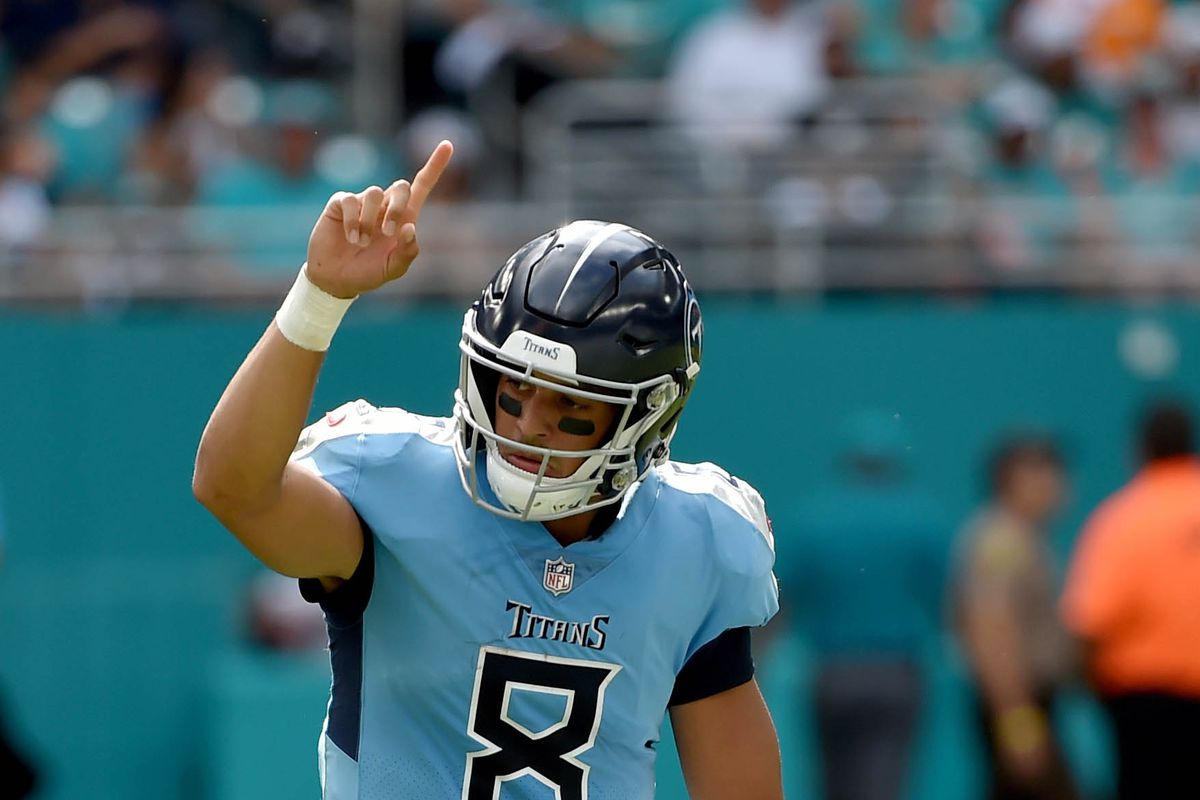 When Houston has the ball:
I think there is a lot of false optimism with this Houston offense. Here’s some problems:

This is a bad offense. I’ll continue to believe that until I’m proven wrong.

Tennessee defense:
The Titans defense had a bit of a makeover last year after finishing 18th in weighted DVOA. They lost LB Avery Williams (Jets) and DI Sylvester Williams (Lions). It’s still a decent enough front 7, with DI Jurrell Casey and DE Brian Orakpo sticking out. They also added CB Maclolm Butler from the Patriots and safety Kevin Byard from the Saints. It’s a middle of the pact defense, both against the run and pass.

TL:DR Conclusion: This should be a fairly even matchup. I’m not quite sure if the hype on a 7 game sample size from Watson last year is pushing too much optimism to the Texans offense, but I am sure that the model thinks the Titans are about as close to the Texans. If Vegas if giving us 2 points at home, that’s good enough for me.