Key injuries:
Carolina Panthers:
-TE Greg Olsen re-injured his foot last game. He’s considered “month to month.” He is confirmed OUT for week 5.
-LB Thomas Davis was suspended for the first four games, will return week 5.
-OT Daryl Williams (knee) has been placed on IR.
-OG Trai Turner has a concussion and was INACTIVE weeks 2 and 3. He was on bye week 4.

New York Giants:
-DE Olivier Vernon was INACTIVE weeks 1, 2, 3, and 4 with an ankle injury. He is OUT week 5.
-C Jon Halapio fractured his fibula and ankle against the Cowboys in week 2. He has been placed on IR.
-CB Eli Apple injured his groin in the week 2 game against the Cowboys. He was INACTIVE weeks 3 and 4.
-TE Evan Engram sprained his MCL during his week 3 game. The Giants called up TE Garrett Dickerson from the practice squad. Engram will be out 2-4 weeks. He is OUT week 5.

***Remember to line shop! We were able to get this in at 6.5 on our book. It’s advertised as 7 points here since that was the Vegas consensus.

Breakdown:
When NY Giants has the ball: 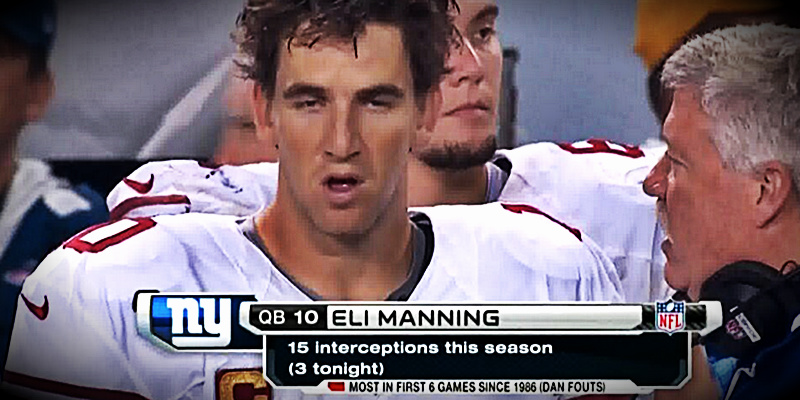 The deal with the NY Giants is simple: their QB sucks, their offensive line sucks. Saquon Barkley is absurdly impressive both as a runner and a reciever out of the backfield. Odell Beckham Jr has seen absurd target volume this year, and for good reason. Sterling Shepard is an excellent complimentary receiver. Evan Engram is a decent receiving tight end, but he isn’t playing.

The end result is horrible. They are 21st in Football Outsider’s offensive DVOA and 24th in the more predicting DAVE ranking.

Carolina’s defense:
Carolina’s defense has mostly struggled this year. Their top three corners (James Bradberry, rookie Donte Jackson, and slot corner Captain Munnerlyn) have all struggled to start the year. They haven’t had great safety play, either. Outside of DI Kawann Short, LB Luke Kuechly, and DE Mario Addison, it’s been pretty bad. Unfortunately for Carolina, they’ll need a few pieces to step it up in a big way to stop teams. The one bright spot is they do get LB Thomas Davis back from a suspension this week.

TL;DR Conclusion: This should be a fun suck vs suck matchup. The concern is the Giants playmakers able to make big plays, but we’re confident Eli will fuck it up on the road.

When Carolina has the ball:
This has been a surprisingly efficient offense this year, ranking 6th in Football Outsiders offensive DVOA. On the ground, the Panthers have relied heavily on Christian McCaffery, and it’s worked well. CMC has carried the ball 46 times this year – which makes up 75% of RB rushing attempts on the Panthers — and has still managed 5.9 yards per attempt. We already knew McCaffery was an effective receiver (he leads all Panthers in targers as well), but I had some concerns about his ability as a pure runner behind a bad offensive line. So far, so good.

With a passer rating just a tick under 100, Cam Newton has had a stellar season so far. Losing Greg Olsen hurts, but Newton has still done a solid job taking care of the ball as he supports a 5:1 TD:INT ratio.

NY Giant’s defense:
It hasn’t been pretty for the Giants defense this year, either. They’ve given up 20+ points in all four games. Their pass rush has struggled without Oliver Vernon, who will be missing in this game as well. Meanwhile, enemy backs have gained 4.8 yard per carry and scored 4 touchdowns. The secondary — you can probably guess this — hasn’t been great this year, either.

Without surprise, the lone bright spot has been Damon “Snacks” Harrison. He continues to be a force along the defensive line in the run game. Unfortunately for Snacks, he can’t do it all by himself.

TL:DR Conclusion: We get the Panthers at home coming off a bye. Two weeks to prepare for Eli Manning is like studying for a hearing test. It isn’t even necessary. Meanwhile, I love how the Panthers offense matches up against the Giants defense. We like the Panthers to roll.