Breakdown:
When Dallas has the ball:
If the Cowboys aren’t motivated after coming off of back to back losses to the Redskins and Titans, there’s nothing left to say about them. They’ll need it to, as the offense has been a major bummer for the entire season. Though they spend boat loads of cash on their offensive line, they’ve been mostly mediocre for most of the year. That doesn’t help when you’re protecting a quarterback like Prescott who holds onto the ball the 2nd longest in the league (behind Desean Watson).

Speaking of Prescott, he’s leaving a lot to be desired yet again this year – he’s thrown 10 TDs and 5 picks and barely has a completion percentage over 60%. The hope is they can get Amari Cooper going to help this struggling offense out a bit – but I won’t hold my breathe.

Then there’s Zeke, who is truly the engine that drives any success that this offense might have. 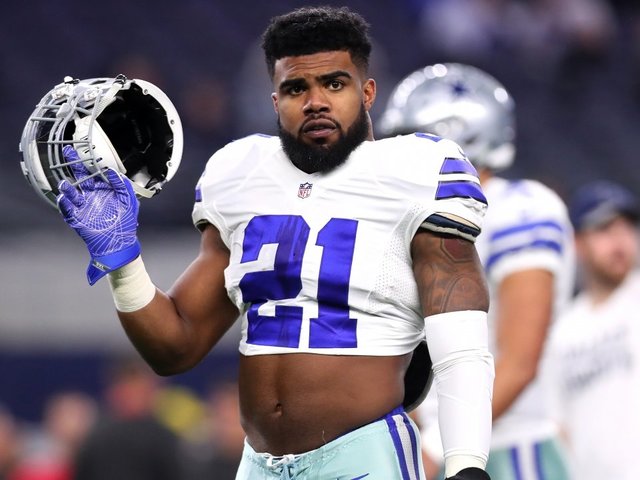 Philadelphia’s defense:
Luckily for Dallas, Philadelphia’s defense hasn’t been anything too special this year either. They have been pretty solid against the pass this year, and that certainly starts with the pass rush. Both Brandon Graham, Fletcher Cox, Chris Long, and Michael Bennett all have over 30 pressures on the season. That’s a key piece for a team without any true big names in the secondary.

The running game is a different story. The Eagles rank a weak 23rd in run defense DVOA, which I attribute mostly to their numerous pass rushing specialist along the defensive line.

TL;DR Conclusion: What’s that? A bad run defense you say? Zeke should be able to play well in this spot. The biggest story will be Dallas and their ability to keep Dak clean. His receivers aren’t great, but they could win 1 on 1 battle with the Eagles weak corners.

When Philadelphia has the ball:
Philadelphia’s offense has mostly been a disappointment this season. On paper, things look incredible. They still have a top 10 oline, a solid, young quarterback, and above average weapons. That said, they’ve yet to pull it together. They rank 23rd this year in offensive DVOA.

The big story is their much needed acquisition of Golden Tate. Along with Tate, Alshon Jeffery, and TE Zach Ertz, Carson Wentz has plenty of mouths he can feed. As for Wentz, he’s done an incredible job keeping the ball out of harm’s way (only 2 picks) while still completing a healthy share of his passes (70.7%).

Dallas defense:
The big story with the Cowboys defense is — yet again — the loss of Sean Lee. Lee is always an incredible force, but can never seem to stay on the field.

As for the Cowboys defense, they’ve played well against the run, giving up a mere 3.6 yards per carry. The problem has been their best defense. Though CB Byron Jones is having a career year, he doesn’t have much help behind him.

TL:DR Conclusion: This doesn’t fit well for Dallas’s defense matchup wise. They defend the run well, but the worry for the Eagles is their revamped passing offense after adding Golden Tate.

The model likes the Eagles to win, but simply thinks 7 points is too many. Let’s roll.